This is a piece from University Legal Services’ Jail and Prison Advocacy Project  recent newsletter.  It was authored by Cami Bianchi, one of their summer interns and is published here with permission. 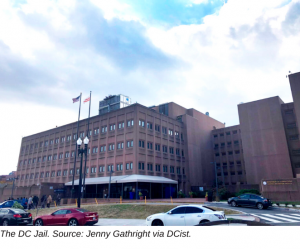 For years now, DC residents and reentry organizations have worked to gain local control over parole, which is currently in the hands of a federal agency – the US Parole Commission (USPC). Under this system, two commissioners with no ties to the District are in charge of making crucial decisions on the lives of DC residents, often without attending residents’ parole hearings. The bulk of these decisions involves individuals who have been re-incarcerated for violating the terms of their parole or community supervision by, for example, missing virtual meetings with their probation officer. This practice especially impacts incarcerated individuals diagnosed with a mental health condition, as they are twice as likely to have their parole revoked than people who are not diagnosed, even though they are no more likely to commit new crimes.

In response to community pressure to lower the jail census during the pandemic, the USPC has worked to limit the re-incarceration of people who are accused of committing technical offenses, but that is not enough. JPAP’s director, Tammy Seltzer, and other advocates share a core value that no one should be re-incarcerated for a technical violation. Instead, supervision officers should figure out why the violation was committed and work to address the underlying problem. 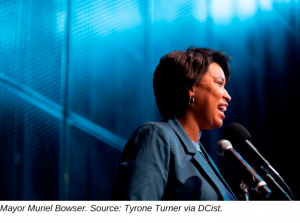 Advocates have also shed light on the nonsensical nature of the USPC’s decisions, which have a reputation for being especially harsh and in disagreement with DC’s increasingly progressive stance on criminal justice. For example, the USPC denied Angelo Daniels parole in 2020 with a five-year set-off that prevents him from appearing in front of the USPC again until 2025. The two co-defendants in Daniels’ case, including the principal defendant – JPAP’s Re-entry Advocate Robert Davis – have already been released from prison as Daniels reaches nearly three decades of incarceration.

All parties involved in the issue of parole reform, including justice-involved DC residents, the DC government, lawyers and advocates, and the USPC, have critiqued the current system. Getting in the way of change, however, is DC’s government itself. As they prepare to institute a local parole system, the District’s government officials have continuously postponed the project and extended federal control over parole. In 2020, when the USPC’s control over parole was first set to expire, Mayor Muriel Bowser asked Congress to extend this deadline and announced that the local system would be ready by the end of 2022. In March of this year, however, Deputy Mayor Chris Geldart again asked Congress to extend this deadline for yet another year. This is especially worrisome because Democrats risk losing control of Congress in November, which could possibly prevent DC from gaining local control of parole in the coming year. 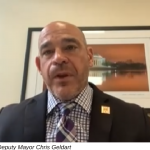 Geldart also entered a $900,000 contract with the Center for Naval Analyses (CNA) to work on this project, cutting ties with Olinda Moyd and Michelle Bonner – two experienced attorneys who have worked on parole reform for years and had made significant progress on the reform effort. Tammy and Robert were part of the local advisory group Moyd and Bonner put together to ensure community input. Geldart’s decision came to the frustration of many, who critiqued the CNA as a national agency with no ties to DC and emphasized Moyd and Bonner’s experience in parole reform.

Moyd and Bonner are part of a group of advocates who have been working on parole reform for half a decade now. Along with JPAP’s director, Tammy, Moyd formed a coalition to move DC officials towards pursuing local control over parole in 2017. With the help of other advocates, including returning citizens, Tammy and Moyd organized town halls with DC residents to hear the community’s thoughts on this issue, briefed the DC council on local control of parole, and even met with the former deputy mayor to discuss the issue. As Tammy put it, “The administration has had a long time to think about this and work on this issue.” JPAP, led by Tammy and Robert’s commitment to this issue, will continue to push for parole reform and hold DC’s government accountable for instituting a local parole system for DC’s incarcerated and formerly incarcerated residents.